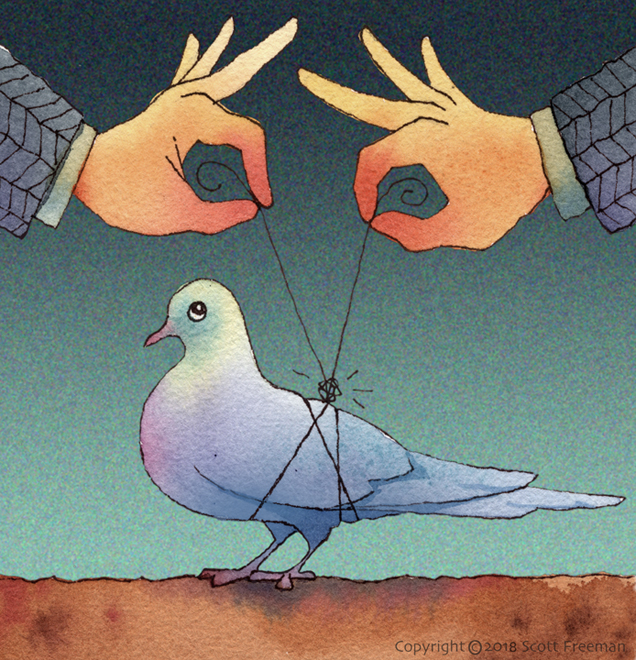 Sometimes it’s astounding to hear the ideas that smart people will entertain.

I thought it would be fun to start off the year by joyfully ignoring some smart people’s wisdom. My hope is that you too will be encouraged and confident in your parenting by taking care to do the precise opposite of what certain smart people recommend.

In 2015, a couple of philosophers, Adam Swift and Harry Brighouse, released some of their thoughts on social justice. To be fair to them, their hearts are in the right place. Unfortunately, they seem to have the hearts of robots. I believe they are still at large.

Swift turned his blinking antennae toward the disturbing fact that certain parental practices can create an “unfair advantage” for kids who come from loving homes. He sees this as a problem.

Well…I’m interested in equality of opportunity too. But somehow it never occurred to me to discourage good parenting as a way to level the playing field.

Swift muses, ‘One way philosophers might think about solving the social justice problem would be by simply abolishing the family. If the family is this source of unfairness in society then it looks plausible to think that if we abolished the family there would be a more level playing field.’

Why even entertain this idea? The family is not “the source of unfairness in society.” That’s like wondering if food is the source of eating disorders. Or if cars are the source of auto collisions. Or if water is the cause of drowning.

Shouldn’t the possibility of user-error be considered here?

Wouldn’t it make more sense to wonder if it’s bad parenting and dysfunctional family dynamics that disadvantages kids? So much societal good comes from good parenting that it would necessarily harm society to “create a level playing field” by abolishing the family. Maybe Swift could direct his time and energy toward supporting and equipping disadvantaged families.

I can’t find the source of the following quote, but I think it explains a lot:

“Progressives seek to create a system that is so good that individual goodness and responsibility are no longer necessary.”

Swift’s comment goes to show how decisively one’s worldview will guide one to a particular destination, for better or for worse. Fortunately, he and Brighouse do reject the notion of abolishing the family. But unfortunately, they instead favor the “mere” redefining of marriage, family, and parenting.

Here he has in view economic advantages such as private schooling for kids. He’s against that. However, he is willing to allow parents to read bedtime stories to their kids at night, so long as they feel at least a little guilty about it sometimes:

‘I don’t think parents reading their children bedtime stories should constantly have in their minds the way that they are unfairly disadvantaging other people’s children, but I think they should have that thought occasionally,’

I wish I were making this up.

Since this is my blog, I get to state the obvious: Benefiting your children through loving and attentive parenting does not “disadvantage other people’s children”! Please DO benefit your children to the very best of your ability! Daily! Use wisdom! Pray for them! Work at having a great marriage for the sake of your kids! These things will also not disadvantage or hurt anyone!

Yes, it’s true… Reading to young children does indeed benefit them in many ways. Notably, it helps to build empathy in them, and can transmit good values to them. The compassionate course for compassionate parents is to raise “advantaged”, well-adjusted kids who will become compassionate adults. Somebody is going to have to care for the disadvantaged in society, after all.

Not surprisingly, in his quest for equality Swift ultimately lands in the same place where our culture increasingly finds itself bobbing like a cork in the ocean with no anchor – the redefining of marriage and parenting:

‘Nothing in our theory assumes two parents: there might be two, there might be three, and there might be four,’ says Swift…Politicians love to talk about family values, but meanwhile the family is in flux and so we wanted to go back to philosophical basics to work out what are families for and what’s so great about them and then we can start to figure out whether it matters whether you have two parents or three or one, or whether they’re heterosexual etcetera.’

While I’m thrilled that these guys are working on figuring out all this stuff for us, I’m not super confident that they will arrive at the truth.

In fact, regarding his basic questions, natural law, empirical research, and the teaching of Jesus all coincide nicely:

“What are families for?”
Even from a non-religious standpoint, lifelong, monogamous, heterosexual marriage benefits society in a way that no other type of social arrangement does, (to borrow a thought from Ryan T. Anderson.) If a man and a woman make a baby together, and they fail to raise that baby, then the costs to that child and to society can be great. If this happens on a large scale, pathologies will increase to the point where a free society will begin to disintegrate.

On the other hand, there is a mountain of research showing that children raised in a low conflict home with a married mom and dad statistically reap benefits, across the board. If society has an interest in seeing children grow up to be contributing citizens, then the traditional family is crucial for healthy society.

“What’s so great about families?”
Love. Love is great. Security. Acceptance and belonging. Identity. An environment where vulnerable children are cared for by adults who are utterly invested in their lives. The village and the state may or may not help, but they are a pale substitute for a married mom and dad.

Are the roles of “mom” and “dad” dispensable?
If one wants to think about what will disadvantage children, this is the place to look.

It is now fashionable among smart people to believe that family structure is not important; that what matters is loving adults, regardless of gender. This is an ideological fabrication that ignores science and research.

I don’t intend to be unkind here. I’m simply saying that biological connection matters, and that kids tend to yearn for relational connection with their biological parents. Adoption is wonderful. We all know many single parents who work heroically to raise their kids well. Gay couples can be just as capable as hetero couples when it comes to parenting. But this issue is not ultimately about love or competency; it’s about what kids are wired to need. Specifically, what a single parent or a gay couple cannot be to a child is a mom and a dad. These roles matter:

A girl cannot receive non-sexual masculine attention, affirmation, and acceptance from her mom. Because mom is female. She cannot receive intimate knowledge and shared, comfortable connection around her innate femininity from her dad. Because he is a dude.

This is simply the shape of reality. I might even agree that it’s not fair.

No one is advocating chasing down gay parents and taking away their children, or shaming single parents, or stoning step-parents. We should all support each other in our parenting and create community to whatever extent possible. But parenting should ultimately be for the sake of children, and it is right to advocate for what is best for them when it comes to public policy. Redefining marriage necessarily redefines parenting, and intentionally denying the unique and complimentary roles of mothers and fathers will inevitably disadvantage kids.

Are you on Pinterest? I would be grateful if you would follow me as I try build momentum for marketing my KIDS’ BOOKS on Pinterest. (I’m using the name Scott Freeman) Thanks!

8 comments on “Do Loving Families Create Inequality in Society?”