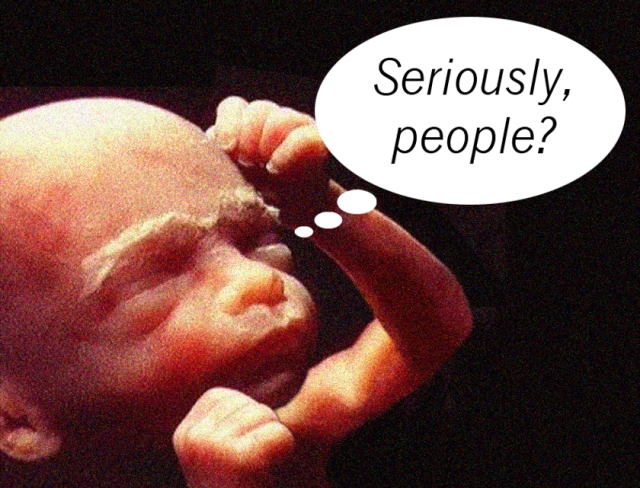 On the occasion of this 43rd anniversary of the Roe vs Wade Supreme Court decision legalizing abortion-on-demand, I want to look a bit deeper into a local shooting rampage. It’s a story worth clarifying.

On Jan 16, 2016 the Reporter-Herald in my hometown published an opinion piece entitled, The Sacramento Bee on the surge in the abortion wars.

The first sentence stated: “…anti-abortion activists unleashed a barrage of deceptive videos falsely accusing Planned Parenthood of trafficking in fetal tissue for profit.” Planned Parenthood’s defense from day one has been that the sting videos were “deceptively edited.” By now we’ve all heard this accusation.

Planned Parenthood even hired a research firm, Fusion GPS, to examine the videos. Not surprisingly, Fusion GPS found that the videos were indeed “manipulated.” Mainstream news media announced this finding without disclosing that Fusion GPS has ties to the Democratic party.

Subsequently, Alliance Defending Freedom (ADF) commissioned a third party digital security and forensics firm, Coalfire, to analyze the videos. Unlike Fusion GPS, Coalfire had access to the entire body of investigative footage. Coalfire’s findings were that the videos are “authentic and show no evidence of manipulation.” However, this finding has somehow not been reported in the mainstream media, even though the findings were sent to reporters at every major media organization in America.

The Colorado Springs tragedy
Over Thanksgiving weekend in 2015 lone gunman Robert Dear opened fire at a Planned Parenthood in Colorado Springs, killing 3 people, including a police officer, and injuring 9 others. Planned Parenthood and sympathetic news media were quick to blame the “deceptively edited videos” for the attack, and to associate the shooter with the pro-life movement, based on comments he made at the scene. (Police reported that Dear’s rantings included the words, “No more baby parts” – an allusion to the videos.)

Here is where decency and justice demand that a correction be made.

There was indeed at least one pro-lifer present at the shooting, but it wasn’t shooter Robert Dear. Dear doesn’t appear in Colorado Right to Life’s (CRTL) database of over 500,000 names. More to the point, by definition pro-lifers are morally opposed to the killing of innocent people. This is the reason there is an abortion debate. All right-to-life organizations strongly repudiate abortion clinic violence, (regardless of whether it is perpetrated inside or outside of the womb.)

Officer Garrett Swasey was a committed pro-life Evangelical Christian of the sort that Planned Parenthood and the Left routinely demonize as being “anti-woman.” Swasey was not obligated to respond to the other officers’ call for help on Thanksgiving weekend. Nonetheless, he chose to serve and protect Planned Parenthood, an organization whose ideology he sharply disagreed with. As a “right wing pro-life extremist,” he gave his own life with the aim of stopping a shooter from harming other people.

His example should be held up, honored, and remembered. Let us refuse to allow the beliefs and motives of officer Garrett Swasey to be conflated with those of gunman Robert Dear.