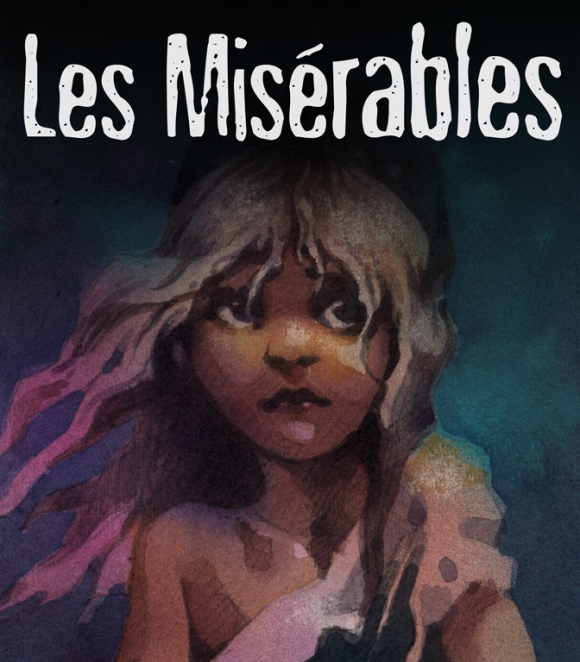 I may have had impossibly high expectations for the release of the new film version of the musical, Les Miserables. Les Miz is my favorite musical. I love the musical score. The non-musical film starring Liam Neeson and Uma Thurman is in my top 5 all-time favorite movies. Three of my musical offspring have sung in theatrical productions of Les Miz. They started showing me tantalizing Les Miz movie trailers on Youtube for weeks before the show opened. We purchased Christmas day tickets for the whole family as soon as they became available.

Was I disappointed? Not exactly. Of course I enjoyed it, but I can’t resist making a few observations and comparisons.

High points:
 Anne Hathaway’s heart-gripping I Dreamed a Dream solo was unforgettable. How can she be beautiful while looking like a completely shattered human being? Her performance was all the more remarkable in light of the recent exposure this song has had through Susan Boyle and others.
 Isabelle Allen was wonderfully endearing as young Cosette without being cartoonishly cute. Her bell-like voice and childlike gestures were a perfect depiction. Hugh Jackman (Valjean), Amanda Seyfried (Cosette), and Aaron Tveit (Enjolras – student revolt leader), were also stellar in their roles.
 The musical’s original composers wrote some new songs for the movie. The best one for me was after Valjean retrieves Cosette from the Thenardiers. During the ensuing carriage ride he realizes his new role as a father has become much more than an obligation. This moment resonated with me as a dad.

Wish List:
 Russell Crowe did a great Russell Crowe-ish job as Javert – I just felt the role of Javert could’ve been cast better. Javert represents harsh justice and unbending law. Even at the end Javert doesn’t bend – he only breaks. I felt Russell Crowe’s signature soft-spoken masculinity didn’t fit the part well. Both Crowe’s visage and voice are soft. Someone bitter and more intimidating would’ve worked better, in my opinion.
 Les miz the musical opened on Christmas day 2012. We went to see it as a family. Was there any tie-in to Christmas in the movie? Kind of. When we are introduced to the Thenardiers, outside the inn in the snow we see a fleeting glimpse of a character dressed as an Old World Saint Nicholas surrounded by some street children. It’s a pretty cool shot with great costuming that feels classic. However, in the course of creating a sufficiently decadent and sleazy atmosphere around the Thenardiers, we are made to glimpse a shot of the drunken St. Nick having sex inside the inn. Was this really necessary? I think I would’ve left that little bit on the cutting room floor.

In the director’s defense, this was arguably historically authentic. During this period in Europe, Christmas was a different animal than the family-oriented holiday we know today. The crops were in, the cold weather made it a good time to slaughter livestock, and apparently people tended to spend the season in feasting and debauchery. But Les Miserables isn’t a movie about the history of Christmas. I thought it was an annoying touch.

Comparing the Two Versions:
The Liam Neeson non-musical version, and the Hugh Jackman musical version make an interesting comparison. In one sense they’re apples and oranges, and I’m delighted that there is now an artfully done movie that includes the musical score, and even brings us some new music. However, I have to say that when the smoke has cleared, for me the Liam Neeson/Uma Thurman version is unsurpassed. The creative team of the new musical version used the medium of film to do things that can’t be done on a live stage, but there were a couple of moments when the vocal performances came off as just a wee bit cheesy. I can’t imagine a way around this in a filmed musical.

But apart from the musical aspect there are a couple of instances where the Liam Neeson film outshines the new one:

In the non-musical, Valjean’s interaction with the priest at the priest’s house is spectacularly human. In fact, when the priest catches Valjean in the act of stealing silver in the dead of night, Valjean actually strikes the priest down, knocking him unconscious. This shows Valjean to be a hardened and dangerous man. For me, it also makes the old priest’s act of forgiveness (and fearlessness) toward Valjean the next morning all the more remarkable.

Another scene in which the non-musical version excels is at the scene of Fantine’s death. Here it derives its power by staying true to Victor Hugo’s original novel. Fantine is on the verge of death, Valjean is at her side comforting her and reassuring her that he will take Cosette into his care. Javert appears, mocking and exposing Valjean, and directly threatening Fantine with prison, and promising her she will never see her child again. This sends Fantine into a fit of terror and panic, and she dies in front of them. This scene is so filled with dramatic tension, and reveals so much of the three characters present that I can’t imagine why it was left out of the new version. Instead, the musical version has Javert appearing just after Fantine’s death. After dueling and duetting with Javert, Valjean escapes him by jumping from a window.

I must also add that the older non-musical version is wonderfully cast throughout, and the dialogue is insightful and smart.

Why does Les Miserables have such enduring appeal? There are many reasons, but first among them for me is that I am always looking for great stories that inspire and glorify selfless love. Les Miserables is one of the best of these. Scan the stream of movies that the entertainment industry offers. Millions of dollars are spent each year in the service of meaninglessness, gore, titillation, and post-modern ambivalence. One must look long and hard to find movies that enhance life and inspire love. Apparently it’s not easy to do this well. If you know of movies that do this for you, I’d enjoy hearing your recommendations.

(Watercolor painting by Scott Freeman; based on a steel engraving by Emile Bayard from the original 1862 edition of Victor Hugo’s novel, Les Miserables.)